Patriots All Motorcycle Rally at Lake of the Ozarks 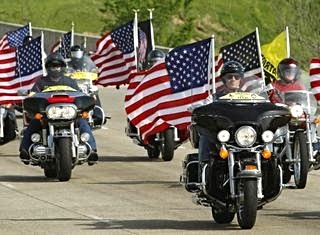 Bikers will rally for a cause June 27-28 at Central Missouri's Lake of the Ozarks.  The Patriots All Motorcycle Rally features entertainment and activities for bikers who want to support wounded warriors and their families.  Headlining the entertainment for the event is heavy-metal band Molly Hatchet.  Proceeds from the event are donated to Peterson Outdoor Ministries, a Joplin-based organization that provides recreational activities, counseling and support for veterans and their families.

This is the second year for the rally, which is moving from Sedalia to the Lake of the Ozarks.  "Sedalia was a great venue for us," rally organizer Angie Thessen said.  "But the Lake can offer more fun things to do for attendees in conjunction with the rally.  People are just drawn to the Lake."
Lake of the Ozarks Convention and Visitor Bureau Executive Director Tim Jacobsen is delighted to have the rally come to the area.  "We love having events for bikers at the Lake," he said.  "We are able to offer a variety of scenic rides, as well as other activities and amenities for bikers.  We support the Patriots All Motorcycle Rally as a way to give back to those who have bravely served our country."

Approximately 1,200 bikers attended last year's event.  Thessen hopes more will come to the Lake and stresses that all activities are open to the public, whether they are bikers or not.  Activities will be held at the Camden on the Lake Resort and Lake of the Ozarks Harley Davidson.

The fun begins with a reception at Camden on the Lake on June 27 for veteran rider groups like American Legion Riders and Patriot Guard Riders, allowing them to meet one another and honoring their service.  Patriot Guard Riders are volunteers who serve as an honor guard at funerals for members of the military, police and firefighters.  They also greet troops who are returning home from overseas and volunteer for veterans' organizations like veterans homes.

"These volunteers often see one another only at somber occasions," Thessen said. "This event gives them the opportunity to participate in some fun activities and gives us a chance to thank them for what they do." 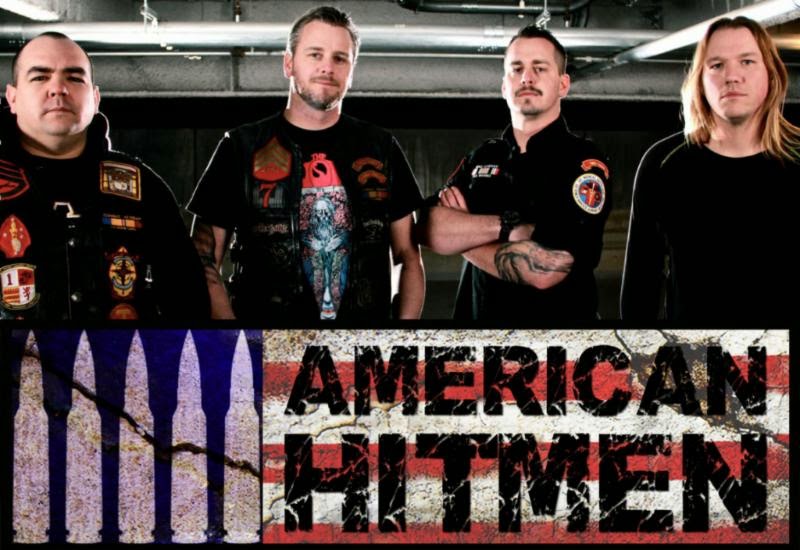 Friday evening's entertainment on the main stage at H. Toad's Bar and Grill at Camden on the Lake Resort will feature "Deff Lepardz," a "Def Leppard" tribute band opening for "The American Hitmen Band."  The American Hitmen Band, which is composed of Marines, formed during Operation Phantom Fury in 2004 when brothers Dan and Tim Cord played for their fellow soldiers in Fallujah, Iraq.  When they returned to Camp Pendleton, Cal., they added fellow Marines to the mix and began playing regularly in Southern California.  After being honorably discharged in 2007, they relocated to Utah and have been performing regularly, including an appearance in Season 8 of "America's Got Talent."

Rally activities continue on Saturday with a bike rodeo, National Guard tank rides and a poker run, as well as scenic rides.  The Patriots All poker run, a new event for this year's motorcycle rally, begins with registration and breakfast at Lake of the Ozarks Harley Davidson, located in Osage Beach.  Stops include Bridal Cave, Dog Days Saloon, Bootlegger's Sports Bar and Grill and ends at Toad Cove at Camden on the Lake.

Also on Saturday, a bike show will be held at Lake of the Ozarks Harley Davidson, with attendees voting for their favorite bikes by making donations for the event.  Information about these activities, including maps for scenic motorcycle rides around the Lake area, is available with registration for the rally. 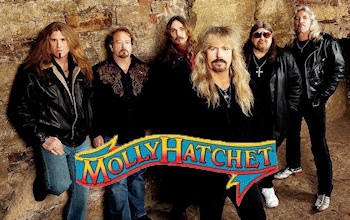 On Saturday evening "Molly Hatchet" will perform on the main stage at H. Toad's Bar and Grill.  "Molly Hatchet" burst into the Southern rock music scene in 1978 and later took on a more heavy metal sound.  In the three decades that have followed, the band has continued touring and recording and has returned to its Southern rock roots.  "The American Hitmen Band" will open for "Molly Hatchet" at the Saturday night show.  There is a $10 cover charge for this event only and VIP tables also are available. Tickets can be purchased at www.CamdenOnTheLake.com. All other activities for the weekend are free, although donations will be accepted throughout the weekend for Peterson Outdoor Ministries.

Peterson Outdoor Ministries is a faith-based organization that offers outdoor recreational opportunities to wounded warriors, as well as people with disabilities or terminal illnesses.  While activities like Wounded Warrior Wildlife Hunts are a primary focus for the ministry, they also offer counseling and support to wounded combat veterans and their families.  One of their goals is to help wounded warriors transition from their lives in the armed forces to their new civilian lives, reducing the suicide rate among these veterans.
Thessen, who works as a legislative assistant in the Missouri House of Representatives, and her co-organizer, Maj. Chris Ash from the Missouri National Guard, have seen the need for supports like those offered by Peterson Outdoor Ministries.  In her work with the House of Representatives, Thessen has become involved in veterans' activities.  She met Maj. Ash through these activities and, together, they set out to organize the Patriots All Motorcycle Rally.

"In its first year, the Patriots All Motorcycle Rally not only met, but in many ways exceeded, our goals of thanking our veterans and raising funds to help Peterson Outdoor Ministries," Maj. Ash said.  "With all the bikers, bike lovers, veterans, service members, sponsors, vendors and entertainers, it made sense for us to move to a destination like the Lake of the Ozarks for the second year.  We expect an even better turnout this year, especially since our rally coincides with the 7th Annual Support Our Troops Poker Run."

The Support Our Troops Poker Run, while not a part of the Patriots All rally, supports H.E.R.O.E.S Care, another charitable organization that offers services to military personnel and their families.  The Support Our Troops Poker Run will be held on Friday, June 27, prior to the Patriots All rally and is also headquartered at Camden on the Lake Resort.  More information about this poker run, sponsored by Midwest Boat Party, is available at LakeOzarksPokerRun.com.

For more information, pre-registration or sponsorship opportunities for the Patriots All Motorcycle Rally, contact Angie Thessen or Maj. Chris Ash at PatriotFoundation@outlook.com.